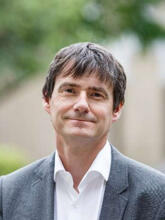 Gordon Lynch, based at the University of Kent in the UK, has recently completed a four-year period of work as an expert witness to two national child abuse inquiries in the United Kingdom. During this time, Gordon has undertaken substantial historical research on UK child migration programmes which sent thousands of unaccompanied British children to other parts of the British Empire and Commonwealth through schemes delivered by leading churches and charities and funded by national governments. His evidence with fellow expert witness, Stephen Constantine, to the Independent Inquiry into Child Sexual Abuse led to the Inquiry recommending in their Child Migration Programmes Investigation Report that the UK Government urgently establish a compensation scheme for former child migrants. Established in 2019, this has so far made payments in excess of £32 million and has been the first national redress scheme for historic abuse established by the UK Government. More recently, Gordon has worked as the co-author on a major report for the Scottish Child Abuse Inquiry,  Child Abuse and Scottish Children Sent Overseas through Child Migration Schemes, on how organisational systems and cultures failed to provide adequate safeguards for former child migrants.

This work has built on Gordon’s longer interest in how moral framing shaped the work of organisations who sought to remove children from their families or home communities in the belief that this would enable their civic and spiritual redemption, as he wrote about in his article, Saving the child for the sake of the nation: Moral framing and the civic, moral and religious redemption of children (American Journal of Cultural Sociology, Volume 2, pages 165–196 (2014). Through this work he has also become more interested in how religious constructions of the good have contributed to institutional cultures that have produced ineffective responses to child sexual abuse and has written a chapter on this in an edited collection on The Social Life of the Good, due to be published early in 2021.