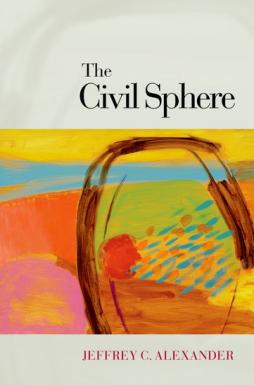 These are a series of conference-book projects to globalize civil sphere theory (CST). Examining the civil sphere in social settings outside the United States, these conferences will not only apply CST but creatively elaborate and revise it.

The Civil Sphere (2006) was general theory, an empirical-cum-normative model designed for universal application. Conceptualizing the cultural and institutional foundations of democracy, the work introduced a new social fact – the civil sphere – and a new model to explain how it works: Its cultural codes and institutional structures, simultaneously including and excluding; its often tense boundaries with non-civil spheres in the social surround; the social dynamics triggered by these contradictions, the long-durée social movements and hair-trigger crises and scandals that create conditions for civil repair – new institutions and cultural understandings that widen the reach of civil solidarity even as they create backlash reactions that threaten to narrow it.

The Civil Sphere was more than abstract theory; it was filled with empirical illustrations and detailed, lengthy case studies. Yet, while the former ranged freely across Europe and the U.S., the latter were largely confined to the U.S. – the exclusion and incorporation of women, blacks, and Jews, their social movements, and the transition from assimilative to multicultural modes of incorporation. If CST is to approach its generalizing ambition, this tension between universal aspiration and particular empirical application must be dissolved.

Notably, significant sociological work has already been devoted to this task. Pushing CST further empirically and conceptually, new interpretations and explanations have been developed for scandals and institutional reforms in the UK; the civil repair of racist colonial policies in Canada; multicultural and gender tensions in Swedish schools; the Arab Spring; the backlash against Muslim immigration in Europe; challenges to democratic news media in Spain and the UK; post-civil war transitions in South Africa, Northern Ireland, and Colombia; conflicts between civil and patrimonial codes in Brazil; war cultures in France, Spain, and the UK. There has also recently appeared an international collection of critical evaluations of The Civil Sphere, a decade after its publication.

The aim of these conference/book projects is to deepen and make more systematic such efforts to “de-provincialize” CST. Each of the regional foci poses distinctive empirical challenges that offer new theoretical opportunities.