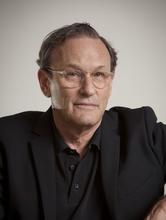 “In terms of the staging of the national corona-drama, it’s fascinating, if also counter-intuitive, that Trump was really the only true actor on the national stage. Now, with the layering of these recent anti-racism protests, there has emerged a second actor — the group called “the people,” a new heroic protagonist that has mounted nationwide demonstrations. The new collective actor is composed of prominent individuals, like the generals who have spoken out, and also Joe Biden, but it is also composed of the immense crowd of anonymous American citizens peaceably marching in the streets.”