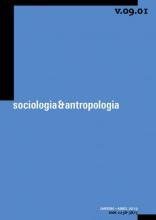 CCS Faculty Fellow Frédéric Vandenberghe, one of the most notable and cosmopolitan of contemporary social theorists, has organized two initiatives to introduce Jeff Alexander’s cultural sociology into the Brazilian intellectual scene, where until now only the  early, 1980s meta-theoretical and  neo-functionalist work has been known. The first initiative is contained in the current issue of Sociologia & Antropologia, which starts with Vandenberghe’s overview of Alexander’s oeurvre; continues with a lengthy and illuminating interview conduced by Vandenberghe; follows with two substantial and complex encounters with the role that Alexander’s Durkheim-interpretation plays in his cultural sociology and with his vision of the theatrical in his theory of cultural pragmatics, in essays by Brazilian and French-Canadian theorists, respectively; and concludes with four intellectually substantial accounts of Alexander’s cultural-theoretical perspective by four of his former doctoral students, accounts that include descriptions of Alexander’s practice as a mentor, workshop leader, and thesis supervisor. The contributions also include a new article by Alexander, “What Social Science Must Learn from the Humanities.” The second initiative undertaken by Vandenberghe, partnering with the leading Brazilian Durkheim scholar Raquel Weiss, has been to produce a translated collection of nearly 20 of Alexander’s cultural sociological essays, a volume that will appear in the coming months.