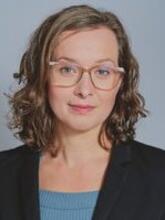 From the Journal: “The article analyses the public dispute over homebirths in Czechia over the past two decades using the concept of ‘societalisation’. Drawing on a wealth of empirical material, including media outputs, court proceedings, changes in legislation, expert opinions, and other supplementary materials, the article examines the homebirth dispute on the legislative, judicial, and public policy levels and in relation to the media and experts. The analysis structures the evolution of the dispute into five phases that reflect the evolution of the homebirth issue from the perspective of civil sphere dynamics. One of the key moments in the societalisation process is ‘code-switching’. In the Czech homebirth context, code-switching occurs when homebirth ceases to be presented in the media solely as a health-care problem, articulated dominantly by doctors as the experts in this field, and it becomes a dispute over human rights and the right to choose as central values of a liberal-democratic political establishment. The concept of societalisation can be used to present a coherent story of the homebirth dispute while maintaining the complexity of the issue and highlighting the civil sphere’s important activating role.”