Yagmur Karakaya Appointed as Associate Director of the CCS 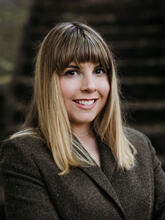 CCS Co-Directors Jeffrey Alexander and Philip Smith are pleased to welcome Yağmur Karakaya as the new Associate Director of the Center for Cultural Sociology. Yağmur has developed a highly innovative cultural-sociological approach to right-wing populism, emphasizing the pivotal role played by nostalgiac narratives seeking an earlier golden age. Her work brings together observational studies of the political performances of populist leaders with analyses of televised popular culture. Focusing primarily on contemporary Turkey, Yağmur has also co-authored a study of former US President Trump’s speeches in Social Forces. Yağmur’s paper “The conquest of hearts: the central role of Ottoman nostalgia within contemporary Turkish populism,” published in the American Journal of Cultural Sociology (Vol. 8, pages 125–157) was awarded an Honorable Mention for the The Richard A. Peterson Prize for Best Graduate Student Paper by the American Sociological Association’s Culture Section.

The CCS has long been committed to global rather than US-centric sociology.  For this reason we host visitors from around the world and our current graduate students are conducting research on cases from Japan, Colombia, Italy and Sweden. Yagmur’s appointment highlights this strength and brings with it new expertise specifically on Turkey, Islam and the modern Middle East. Her intellectual concerns with political performance, myth and narrative, and collective memory are a perfect fit with much of what we do. Yet because she is coming to us from outside the core CCS network new ideas and ways of seeing are going to be brought to the table. At the end of the day the CCS is a forum, not an echo chamber.

Yagmur tells us, “I’m looking forward to being a part of the CCS. I believe the most important discussions in cultural sociology in the next decade will be on the link between culture structures and affective cognition. CCS is the place to be to explore and theorize these topics.”